What is Spider Angioma? 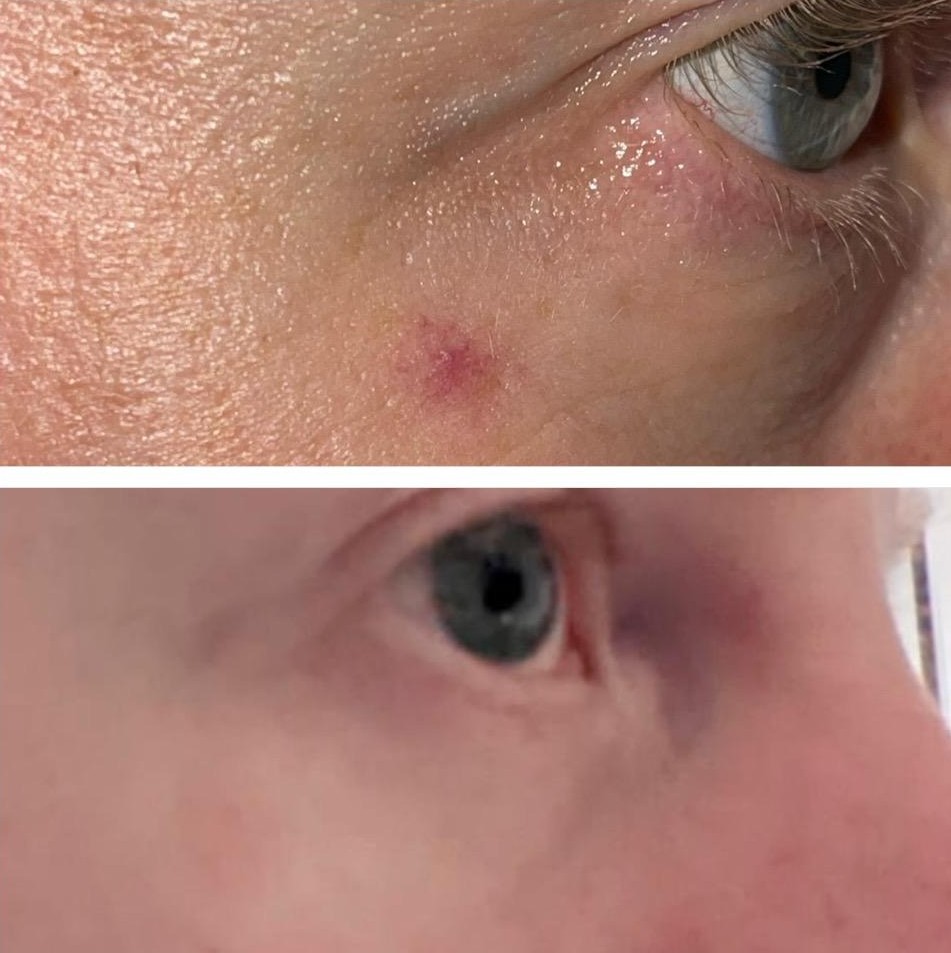 Spider angioma, is also known as spider nevus or spider telangiectasia. This is a vascular lesion and is characterized by an abnormal dilatation of an end vessel found just beneath the skin surface.

These lesions typically contain a central arteriole appearing as a red dot and reddish periphery and these typically radiate like a spider’s web hence it has earned its name “Spider Angioma”.

These spider angioma may appear as multiple or solitary lesions. A spider angioma typically has 3 features: namely a body, its legs, and surrounding redness. Its centre may sometimes be slightly raised.

Spider angiomas are usually a benign condition but when they present as multiple lesions it may be suggestive of an underlying systemic disease such as chronic liver disease, rheumatoid arthritis, or thyrotoxicosis.

Solitary spider angiomas however are seen in 15% of young otherwise fit adults who usually have fewer than 2-3 lesions. The lesions also can also appear in other physiologic conditions like pregnancy or severe malnutrition.

Spider angiomas do not themselves produce any symptoms but their presence may cause cosmetic concerns to the sufferers.

A solitary spider angioma or nevus in an otherwise fit and healthy individual or pregnant woman does not itself demand any clinical workup whereas an appropriate referral may be required when multiple spider angiomas are encountered.

Solitary spider angiomas or spider nevus can be treated with electrocautery or a laser. At Renew Skin and Health Clinic in Leamington Spa we generally treat this with a pulsed dye laser and generally only one treatment is required.

A complete recovery is generally expected by 7-10 days. If the spider angioma fails to respond to our laser treatment on 3 successive occasions, then a full refund of the treatment fee is given back to the client.

Before and After Images

What Our Client’s Say

I visited Renew Clinic on 13 April on a recommendation from Mr Higman, vascular surgeon at Nuffield Warwickshire Hospital. I had, according to Mr Higman, haemosiderin which is apparently iron pigment from old blood bruising. I saw Dr Jha and he said he could try laser, but doubted if it would work. He said he could try and it might cost me hundreds of pounds and not be successful. He advised me to leave well alone, gave me one or two tips, and that time would improve the condition. He needn’t have said this, could have treated me and charged me a lot of money. Not only did he not do this, he also didn’t charge me for the consultation as he said he had only given me advice. What could be better than that?

Margery Holt
Very prompt professional online consultation from Dr Jha. He throughly helped me and I received a great advice for curing an infection on my palm. The best part was that he explained to me medically that it was nothing to worry about and that eased me a lot as i did not want to visit any clinic during lockdown. I could easily avail his recommended cream at a local chemist. With just 2 application i already see it pealing off. I highly recommend Renew clinic and Dr Jha for giving me his honest and professional free online consultation during this lockdown period.

Pallavi Prakash Jha
Thank you Renew. You have a great team who are very professional and prompt in their response. They listen very patiently and take the time needed to understand the condition that the customer is describing. And they give very accurate and useful advise to the patients and customers, helping them with the most suitable remidies and solutions to the problems. Keep up the good work.

Jwalant Dave
I have recent had treatment here at Renew Skin Clinic at Lemington Spa. DR Jha and his team are very professional and make you feel completely comfortable and confident. DR Jha responded to my enquiry in a matter of minutes and gave me everything I needed to know it was so easy to get booked in and quick too. The clinic is so easy to get to, the address postcode is pinpoint and car parking literally opposite, 5 second walk. They also give you so much information and knowledge on your treatment which is always nice and reassuring of course. The clinic is also very well kept, clean and comfortable and it was very nice to relax with a cup of coffee that was kindly offered to me. Finally the aftercare is also second to none DR Jha follows up with WhatsApp check ins on you on your healing and again all great advice and support. My overall experience from start to finish 10 out of 10 for sure 👍 thanks Dr Jha
Sean Cox
Pleased with the choice of clinic. Dr Jha is very personable and takes time to explain and check you are happy. He offers 24 hour support and is always available for help. The whole team were great, including Dr Mohan the plastic surgeon, Dr Nisha and Szilvia the nurse, all approachable, helpful and friendly. So far very pleased with the results and I would return for further treatments. Easy parking, reasonable costs.
Ant
Very professional and experienced doctor jha , very helpful and a great privacy , above all ( A free consultation ) amazing , thank you for your help , ( first place to visit for any future incident )
salman Salman
Had a great experience with Renew clinic, Dr Jha and staff. Very professional and friendly, I was able to message or call at any time of day and I received a quick helpful response. Had laser removal on a mole and even through the covid pandemic everything was safe. The procedure was quick and painless. I am really pleased with the results and Dr Jha still checks in to make sure everything is healing as it should. I am super happy with the work I had done - it’s given me such a confidence boost that I never knew I needed!! Would highly recommend this clinic.
Amy Smith
Dr Jha was so honest when giving me advice on what treatments would work for my skin issues. Rather than any other company who would have just easily taken my money; he explained the risks involved for the type of treatment I wanted for my skin type and offered alternatives for half the price. Just a brilliant man who genuinely cares for the welfare of his patients and is not just about making money. Thankyou Dr Jha for your honesty.
Sunny K
Fantastic experience at Renew! Treatment and follow up appointments by Dr. Jha were professional and the staff are very friendly! My treatment was during covid pandemic and I could not fault the extra steps taken to ensure everything was safe and sterile. Excellent aftercare too! Really pleased with the work I had done, given me a huge confidence boost and I would definitely recommend them!
Sara Moore
I have absolutely nothing but great things to say about this establishment. I’m from *Canada and I received a free online consultation with Dr Jha regarding the normality or abnormality of what I was worried may have been an infection. After taking a look at the photos Dr Jha reassured me of the normalcy of the condition and it’s benign nature. It took a huge weight off my shoulders and I was able to feel comfortable with my body again. He responded within minutes of my inquiry and answered all my questions in both a timely, professional, and most importantly *reassuring manor. I’m so grateful to Doctor Jha and his knowledge and experience for helping me through a stressful period in my life. I have nothing but good things to say. They absolutely deserve all the positive ratings they receive and many more. FIVE STARS. HANDS DOWN. 🙂
JD Buzz
Great results so far and very pleased with the level of service - easy to contact through WhatsApp for an initial appointment and any questions.
Melissa Janda
Previous
Next

How Renew Clinic can help you?

Renew Skin and Health Clinic is especially necessary to the public since very few other medical institutions in the country treat these rather delicate medical issues. We emphasize not only the effectiveness of the medical treatment we offer but also the importance of comfort and the general wellbeing of the patient.

We always take great care to offer treatments that offer the best results. Our trained and certified medical staff are prepared to provide proper medical treatment and to address various skin blemishes you may have. 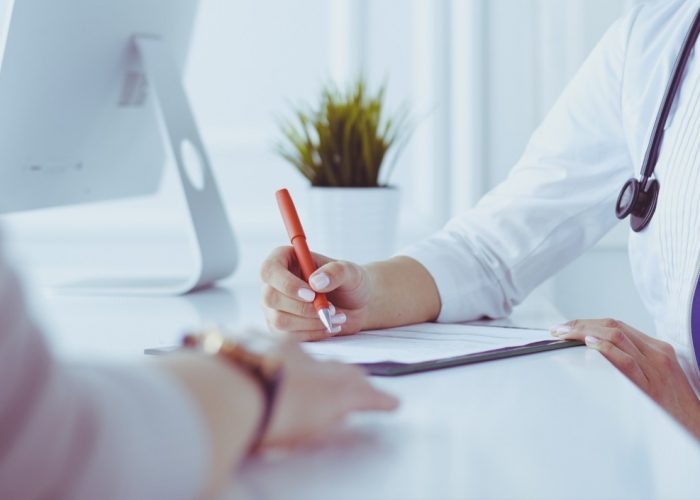 Scroll to Top
Open chat
Talk to Specialist, Now!
Powered by
You could get advice from our specialist, Dr. Jha now!