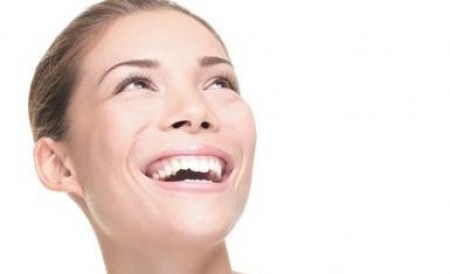 Renew Skin and Health Clinic is a cosmetic center which puts its patients first and that is why it is equipped with state-of-the-art technology with which our specialists can set a clear diagnosis regarding any lumps, no matter where they can be found, either on your head, neck or eyelids and the procedures that we perform are based on private day case surgery, from which people in Coventry can also benefit from.

Besides the fact that those lumps on the head, neck and eyelids can be unaesthetic, there are also various other reasons why you should have them checked and removed. For instance, a lump on the head may not always represent a benign growth, and it could indicate a form of cancer, being also related with other symptoms such as numbness, paralysis of facial muscles, ear pain, red patches inside the mouth, etc. It is not necessarily cancer, as lumps on the head can be caused by other several factors, such as a common injury, dermatoid cysts which are an overgrowth of normal tissue in an abnormal location and usually appear on the sides of the head, can be painful and become inflamed, thus requiring removal, it can be a lipoma, which is a soft, moveable and painless benign tumor under your skin, or a sebaceous cyst which can be caused by the oil underneath your skin that is forming a small yellowish sack, all due to a blockage in the sebaceous glands.

Similar to head lumps, neck lumps can also form due to various, more or less dangerous factors.
Sometimes neck lumps are reffered to as neck bumps, nodules, contusions, tumor, growths and cysts and among the factors that cause them there are also a number of conditions including infections, inflammation, tumors and trauma. In most cases, neck lumps are caused by swollen lymph nodes, which are very small clusters of immune cells that function as part of the body’s immune system. Swollen lymph nodes in the neck can be a sign of an infectious disease, such as the common cold, mumps, strep throat, ear infection, or mononucleosis, as well as an infected wound, but they can also indicate certain types of cancer, such as non-Hodgkin lymphoma or Hodgkin’s disease. They can also be cysts which are fluid-filled, sac-like structures that can form in the neck, often feel like lumps, and some may be present at birth, while others will develop as a result of inflammation or tumors. Other causes of neck lumps range from bug bites to severe injuries that can produce a localized collection of blood in the tissues (hematoma). Both benign and malignant tumors of the skin, soft tissues, or organs can sometimes produce lumps in the neck. Depending on the specific cause, neck lumps may be single or multiple, soft or firm, painful or painless; they may grow rapidly or may not change in size.

In what concerns the eyelids lumps, most of them are styes which are caused by an inflamed oil gland on the edge of your eyelid, where the lash meets the eyelid, and it can appear as a red, swollen bump that looks like a pimple. It is often tender to the touch. Styes most often develop over a few days and may drain and heal on their own, but they can also become a chalazion, an inflamed oil gland which becomes fully blocked. If a chalazion gets large enough, it can cause trouble with your vision. Other factors that can cause eyelid lumps are Xanthelasma, which can appear as raised yellow patches on your eyelids that can happen with age but these are harmless, although they are sometimes a sign of high cholesterol. Papillomas are pink or skin-colored bumps which are also harmless, but can slowly grow. They can also be caused by cysts (small fluid-filled sacs).

No matter which are the causes of lumps or where they are located on your body, they should always be checked, as they can lead to severe health problems, and as stated before, at Renew Skin and Health Clinic, our specialists use only state-of-the-art technology to diagnose them. In order to remove your head lumps, neck lumps or eyelids lumps after the diagnosis, our private dermatologists use minor surgery which is a simple, quick, safe and painless procedure that requires no downtime or hospitalization, but what you should know is that our practitioners are fully qualified and have a vast experience in dermatology, so they can help you with the treatment that will best suit your condition.

If you are from Coventry and want to book a consultation, feel free to contact our Renew Skin and Health Clinic Head Office on 01926 422 454 and benefit from our professional, safe and effective minor surgery procedures for neck lumps removal, head lumps removal or even eyelid lumps removal with minor surgery that ensures excellent cosmetic results.

For a Quick Enquiry
Open chat
1
Whatsapp Us
You could get advice from our specialist, Dr. Jha now!
Powered by